“Many Still Have Emotional Scars” 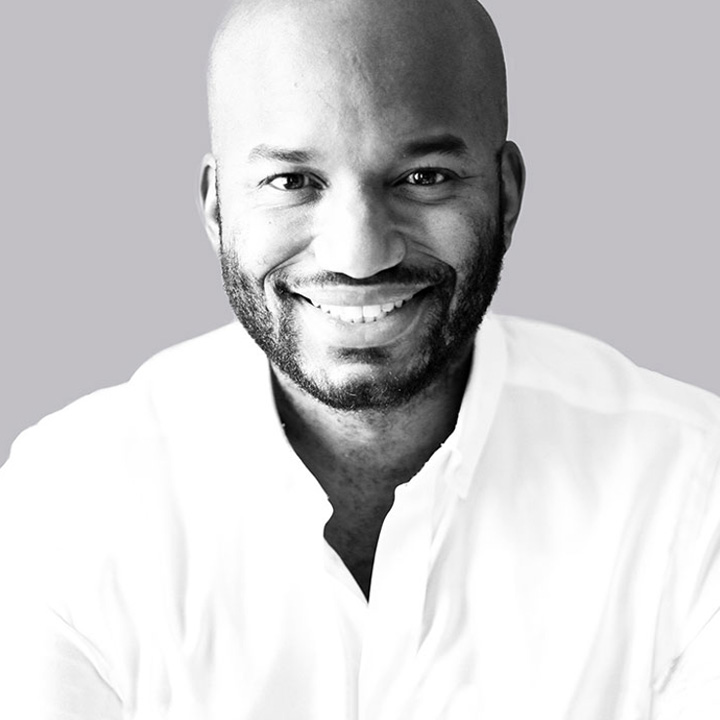 Chilembwe Mason ’98, M.D., is an emergency medicine physician in Bronx, New York, the epicenter of the U.S. coronavirus outbreak. In early April he participated in a podcast with LMU Magazine, describing some of the challenges and the impact of this global health crisis on his hospital and coworkers. At one point at least one person was dying every hour in his hospital and more than 750 people died every day from April 7 to April 11 at the peak of New York state's outbreak, according to CNN. A month later, things have made a turn for the better.

“It is surprising to believe this is the same year. Just a month ago we were very desperate, and at the edge of our seats. We were getting so many cases, and people were dying right in front of our eyes. We were not allowing family members in the emergency department, so often times we were the last person the patient ever saw as we put them on a ventilator and most likely, they were never going to come off of it so the last word, the last face, was us. That was difficult. Now, a month later it has been a complete 180, it has changed dramatically, but we still have the resources in case another surge happens. The cases have decreased so much, which allows us to reevaluate what we’ve done and what we’ve been through in the last month.”

There were quite a few challenges in the first few weeks of the outbreak, including not enough equipment and low staffing. During the worst of it, ten of Mason’s colleagues were out sick with the virus and one of them ended up in the ICU. Because of this, many, including Mason, worked extra shifts, further exposing themselves to the virus. “For the most part everyone is back, but people still have their scars, their emotional scars, from being sick, ” Mason said.

Many traveling nurses answered the call, leaving their homes, families and states to support Mason and his colleagues. Nurses from North Carolina, Georgia, Texas and Missouri and doctors from Texas headed over to help.

“We were talking to nurses from Georgia who are concerned about a second wave and wanted to come out to New York number one to help out because this is the epicenter, but also to prepare themselves so that when they got back to Georgia, they could take back with them the knowledge they receive here. We’re so grateful. It must be such a difficult thing to do, to go to the eye of the storm where you could potentially get sick.”

Another blessing has been the sense of community during this global crisis. Mason’s hospital has received donated personal protective equipment (PPE) from local clinics, free lunches and dinners from small and big businesses, and even free transportation, helping him avoid his hour and a half commute on a busy subway. “I am so grateful for the outreach from the community and local and big businesses providing free resources,“ Mason said. “At 7 p.m. everyday there’s applause and I can hear it from my window. It is wonderful how the city, the country has come together for frontline workers.”

The volume of cases is going down and some businesses in upstate New York will begin reopening, but for health care professionals, some challenges still remain.

“Every week we are getting new treatment algorithms, new ways to care for patients. It’s changing so rapidly, which is very unique for any disease process. Since this is such a new virus, the deadliness of this strain of the coronavirus is quite rare and the treatment is also changing as we learn more about it. One of the biggest challenges then is being adaptable. In the emergency department we are quite adaptable as we see all kinds of cases and one after the other, from a nosebleed, to a stroke, to an ankle sprain, to a heart attack. But adapting to different treatment guidelines for the same disease is something that is quite a challenge,” he said.

During these hard times, Mason credits LMU, and the private, well-rounded education he received for his chosen path in life. “If it wasn’t for my education and my experience at LMU, I don’t think I would be in this position.

“My experiences at LMU led me toward becoming a doctor. I had such a great experience with mentors, opportunities to get involved with all kinds of communities and internships that it was really life-changing. If I had gone to a different school, I’m pretty sure I would have had a much more difficult time getting into medical school and becoming the full person that I am today, so I owe a lot to LMU. It really changed my life.”

Deanna Amaya-Felix is the associate director of annual and leadership giving in University Advancement.